Batten disease, also referred to as neuronal ceroid lipofuscinoses, or NCLs, is a group of rare, inherited diseases of the nervous system. There are different subtypes of Batten disease caused by dysfunction in one of 13 different genes. Batten disease subtypes share many common features but differ in terms of age of onset and rate of progression. Batten disease has an estimated incidence of 2 to 4 out of every 100,000.

Neurogene’s lead Batten disease program is a gene therapy for the treatment of CLN5 Batten disease, a rapidly progressive neurodegenerative disease which primarily manifests during early childhood, and results in early mortality. CLN5 is caused by a mutation in the CLN5 gene that leads to loss of normal CLN5 protein function, including various aspects of lysosomal function, lipid metabolism, and neuronal viability.

Children with CLN5 typically experience developmental delay followed by a steep period of regression of previously acquired skills, including loss of gross and fine motor skills, loss of speech, loss of vision, development of recurrent seizures, and a progressive deterioration in intellectual function and cognition. Ultimately, the disorder leads to a significantly reduced quality of life for both the patient and family.

Neurogene’s CLN5 program is currently in the early clinical trial stage. We have additional gene therapy programs for other Batten disease subtypes in preclinical development. Gene therapy clinical trials are research studies that help determine whether a gene therapy approach is safe for people. They also help uncover the effects of gene therapy on the body. 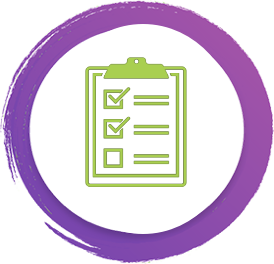 Batten disease occurs when there is a mutation (variant) in one of the thirteen known neuronal ceroid lipofuscinosis (NCL) genes. Gene therapy may offer a one-time treatment to slow or ideally stop the progression of these conditions by delivering a functional gene, which addresses the root cause of the condition. Watch this video from the American Society of Gene & Cell Therapy.

Click here for more advocacy organizations and resources in the rare disease community.